I Spent 3 Hours on Loopr, Denver’s New Dab Bus. Here’s Who I Met.

This review was originally posted June 1, 2016 on Leafly.  The article is written by Lindsey Bartlett, view her profile here.  See the original article on Leafly by clicking here.

The bus stopped in front of Little Man, Denver’s wildly popular ice cream shop, at a few minutes past 8 p.m. The door opened and the driver waved me aboard.

“Welcome to Loopr,” he said.

For the next three hours I romped around Denver, rolling joints, taking dabs, making friends, and dancing in a smoked-out club on wheels.

Loopr is a cannabis-friendly bus — BYOC, please — that drives in a continuous loop around Denver on weekends, charging $25 for a 24-hour “membership.” It’s been called the “Uber for Stoners,” but that’s not quite true. Most Uber drivers don’t have an ergonomically designed dab rig built into the center console.

The heavily customized bus (more on that in a minute) winds along a designated route, passing major bar districts, hotels, munchie hotspots, dispensaries, and concert venues. Once you download the app, you can watch the tiny bus move along a map of the city. Owner Bryan Spatz conceived the bus as a way to solve Colorado’s consumption problem: Tourists can legally purchase cannabis, but they have no place to legally consume. Only a handful of hotels advertise as cannabis-friendly, and public consumption is illegal. But a bus is considered a private space, one of the only safe havens available in which cannabis tourists can legally partake.

It’s taken a while to get the service up and running. The app was glitchy in its early days, but by last weekend Loopr seemed to have found its groove.

As you climb aboard, the first thing you notice is the driver, Angel, who’s sort of hermetically sealed off from the rest of the bus. Because contact high. Seated in a plastic bubble, he’s protected further from the secondhand-smoke by a locking door. The door slides open and you walk into a space drenched in bright lights and lasers. TV screens play music videos above booths and tables, where crews of friends roll joints. The classic limousine-style sideways seating fills the rest of the space. Spatz designed the bus to feel as comfortable and club-like as possible.

Spatz was sitting on the bus when we climbed aboard, along with Hal Taback, Loopr vice president and resident glass blower, and Delaney, the evening’s Loopr concierge.
What makes Loopr unique is the bus’s dab rig system; it is the sun around which all riders seem to be drawn. Three glass bongs are anchored using water within weighted glass. The glass goes deep, fitting 6 inches down inside a hole cut in the table. They don’t tip over and can be easily employed when the bus is moving.

What makes the Loopr experience memorable, though, are the people who ride it.

Two young women caught the Loopr moments after I came aboard. Essence and Carolyn were dressed to impress. They were taking the bus to a nightclub in LoDo. They claimed a booth, rolled a joint, and fired up.

On a nearby couch, a character named Mars introduced himself. “Denver’s awesome. I’m only here for five or six hours then I’m on my way to Vegas,” he said. Mars was a 30 year-old martial arts instructor from California. He wore a ninja headband, a lavish fur coat, and enjoyed hovering and dancing near the bong rig table. “We use weed to channel energy and work out all day.”

“I’ve died 12 times,” Mars proclaimed. The self-described Viking samurai found the Loopr on the street and decided to take a ride. His energy and presence enveloped the bus. “Right before I met y’all, I just saved 27 people,” he told us. “I saved their spirit.”

As the bus passed by City Park in the center of town, large and cloaked in night, the conversation grew more intense.

Victoria hit a joint passed to her by Mars. A former hairstylist from New Jersey, she’s been in Denver for less than a year. Victoria is the whimsical stoner mermaid girl of your dreams. She told me she made her way to Colorado “as soon as possible” to work in the industry. After all, she said, marijuana is her calling.

At another stop, we welcomed Kyle. A three-year dread head from Florissant, Colo., Kyle also happened to be a cannabis grower. He brought with him two friends and the largest dollop of shatter I’d ever seen in one piece. “This is my baby,” Kyle said as he whipped out a mason jar containing about two ounces of his own freshly cured bud.

As the clock struck 9, Natalie hopped aboard. Born in Canada, she spent time living in Ghana before making her way to Colorado six years ago. She’s a gem and mineral curator for natural history museums. Natalie’s not her real name. She has to remain anonymous, she told me, because of the “double life” she leads, being a professional and a cannabis consumer. She talks about the changing face of cannabis culture and what it means to break down the “lazy stoner” stereotype. It’s not just a theory for Natalie. She lives it. “One lady dab, that’s all I can do,” she said.

By 10 p.m., we’d made our way to Emerald Fields, a store open late because of its location in Glendale, a 0.6-square-mile town that acts as the Vegas of Denver. Cannabis stores in Denver have to close by 7 p.m., but Glendale plays by its own rules: Dispensaries in the tiny municipality can stay open until midnight.

Riders replenished their cannabis and wax stock at Emerald Fields, then it was back on the bus.

Around 11 p.m., I decided to call it a night. The elevated cast of characters remained on the bus as I bid adieau, still taking in the night and thankful for a sober ride back to my neighborhood. Loud laughter echoed from the bus as I parted. As I walked home, I realized one of the few drawbacks of a cruise in Loopr: I reeked. I smiled and thought, Small price to pay for a memorable evening. 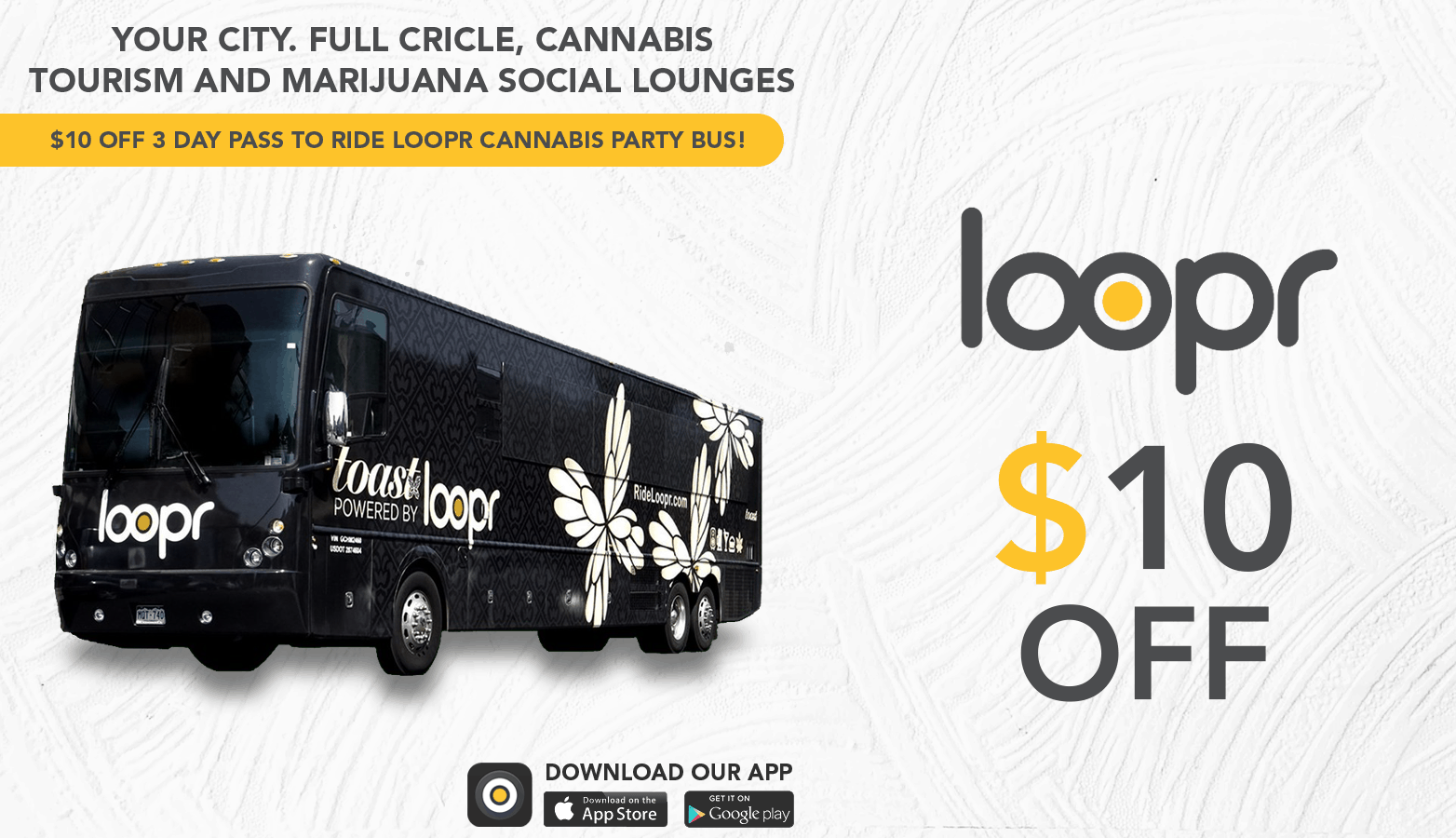 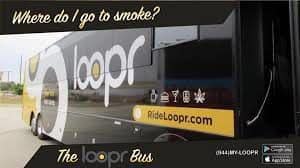 We have copied TOUR72 and are taking you to Loopr 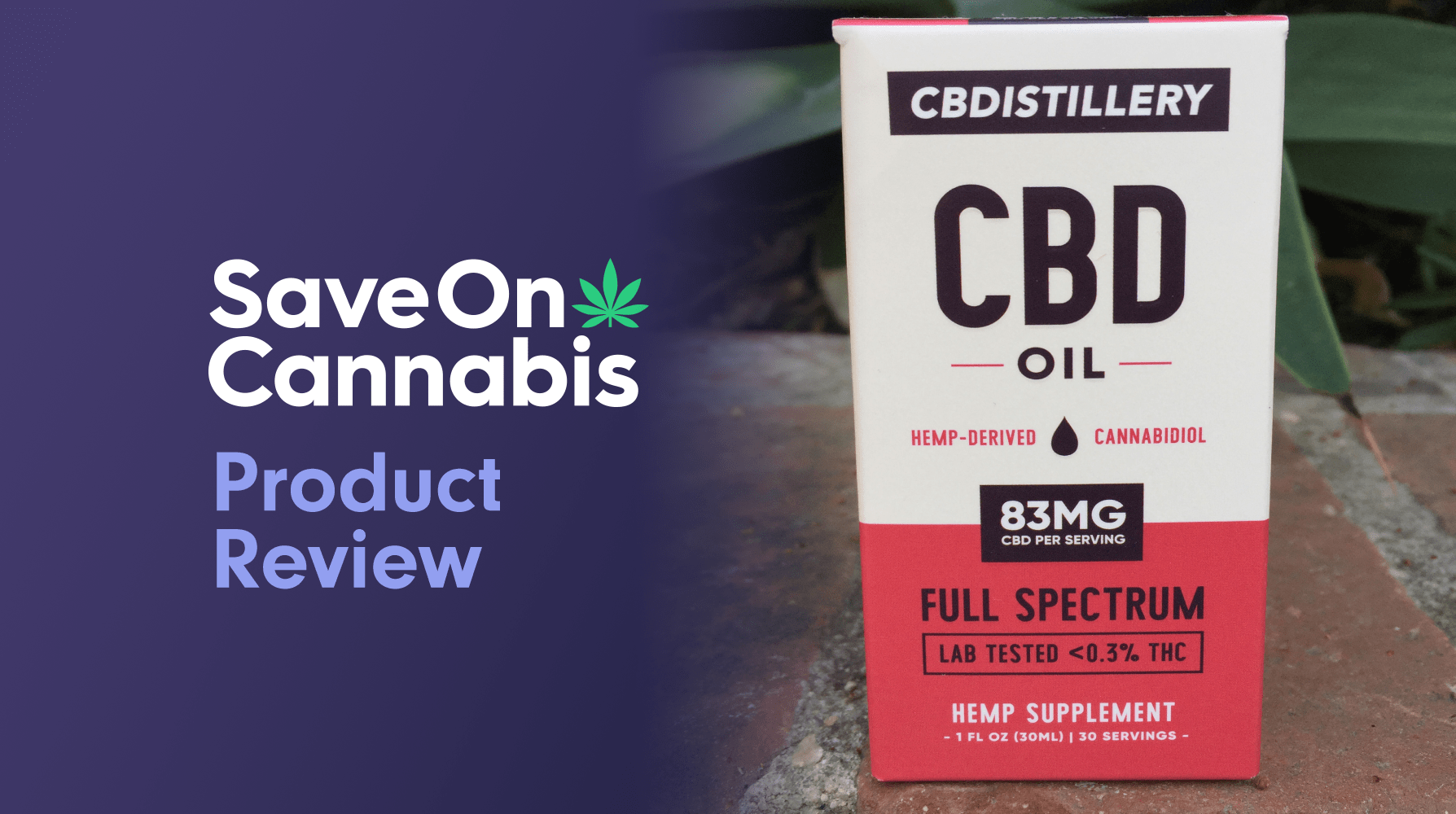 In this CBDistillery review of their Full Spectrum CBD tincture can it help us with pain, sleep problems, & dealing with surgery recovery? 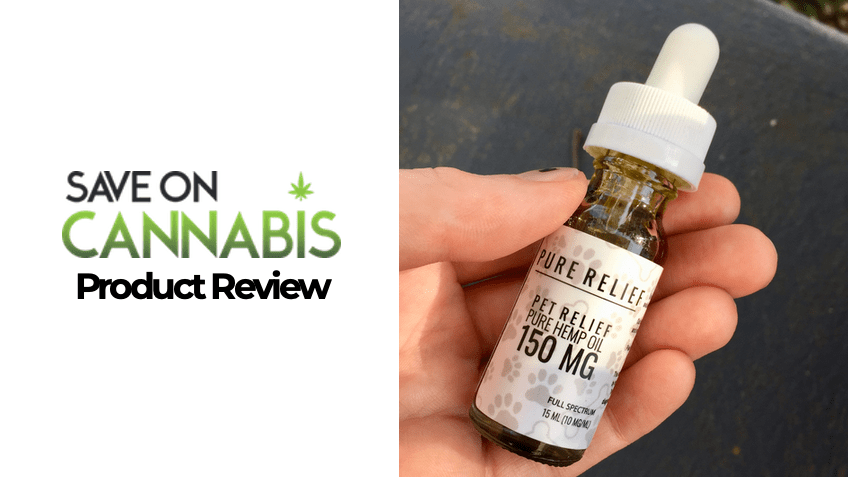 Read our hands-on review of the Pure Relief CBD Pet Oil! See how it worked for our reviewer's furry friend. Find out if it is worth your money and safe for your pets. 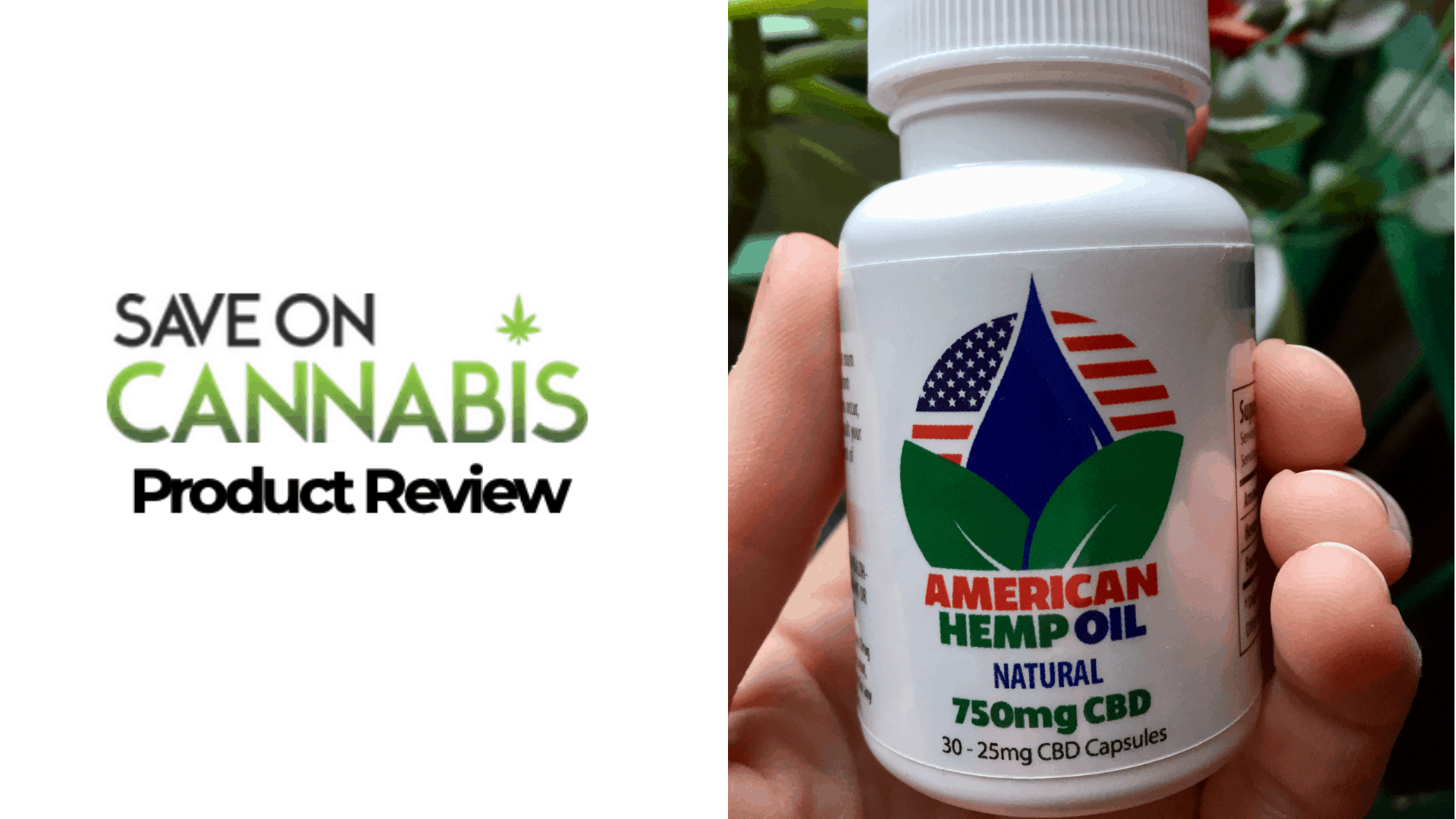 We tested the American Hemp Oil CBD 750mg Capsules, read our review now to see how it worked. Find out if you should be adding these to your shopping list.